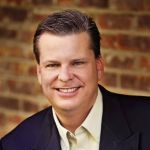 Mr. Schubert graduated from Christian Brothers High School in 1986 and continued his education at St. Mary’s College of California, receiving a Bachelor’s of Science Degree in Business Administration in 1990. While in college, he returned to Sacramento and worked summer jobs for several influential developers including Buzz Oates Companies and Mark III Engineering Contractors. It was this exposure to the real estate development and construction industry that cemented his decision to make construction a career.

After graduating from college, Mr. Schubert returned to Sacramento and started a fifteen year run with Buzz Oates. Starting as a runner, he processed building permits and created marketing profiles for the Real Estate division of Buzz Oates Companies. After one year, his position grew into project management. As Project Manager he directed the design, approval and construction of over five million square feet of shell buildings and tenant improvements. In 1999, he moved to San Francisco where he successfully completed the $55,000,000 conversion of the five story Fashion Center at 8th and Townsend to a multitenant office building. The project included adding passenger elevators, adding new windows, rehabilitation of mechanical and electrical systems and overseeing all facets of tenant improvements. Upon completion, he returned to Sacramento and became the Senior Project Manager for Buzz Oates Construction operations. From 1999-2005 he managed new construction, completing distribution centers for Radio Shack, Con Agra Foods and Coca-Cola generating over $80,000,000 in construction revenue each of the five years.

In 2010, Mr. Schubert opened GPS Commercial Construction with the goal of building relationships with local real estate developers, brokers and property managers, offering a superior quality product with attention to detail, a high level of communication and no hidden costs. GPS Commercial Construction provides design-build services and self performs framing, drywall, drywall finish, concrete and demolition. Self-performing these key components provides the ability to maintain control over the select group of subcontractors who share a passion for complete customer satisfaction. GPS Commercial Construction and it’s team of highly experienced builders has a reputation in the region for delivering quality projects on time and within budget.

Mr. Schubert lives in Sacramento with his wife Sarah and their two teenagers, Gray and Lily.